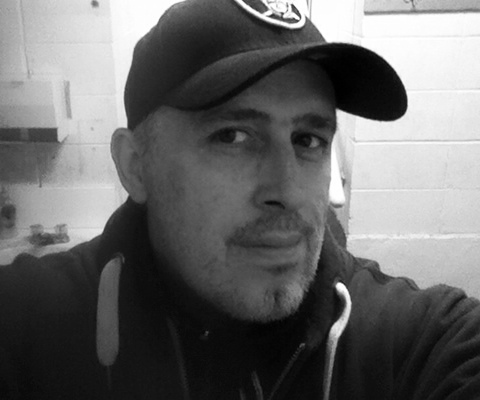 Alone on the Couch with a Gun in my Mouth

The Prophet of Regret #10: How Many Sisters in the Pleiades

How many sisters in the Pleiades?
How many points of light?
They only look the way they do from here, and
not from anywhere else, and
how cold and dark the space between.
The last time I dreamt of you,
the only time I dreamt of you,
it wasn’t you at all but
your aunt who came to see me.
She had passed away before we met.
I had never met her, but
there she was with her long dark hair piled up messy and high,
mad as hell at me.
She told me that you’d been drinking again, drinking hard,
alone and in secret, like women sometimes do, and that
this was my fault, and that
I should do right by you.
Do what?
I argued right back,
Do what?
Had she ever heard the terrible things you said to me?
You could start a fight in an empty room, I said.
Better for you to be there drinking alone, and me a thousand miles away.
I was done and I meant it.
She wouldn’t listen, just shouted her demands at me.
Apparently, it’s genetic, all the women in your family argue the same way.
What I really meant to say was that if things were different,
they wouldn’t be the way they are.
What a dream to have. And why?
I knew you loved your aunt, and
that she was the one who held the family together.
The morning came and I wrote you a letter.
I said only that I was sorry, and that there was nothing else to say.

Old men call for moderation
once the fight has gone out of them.
Old men know too, that moderation is only
slightly more elevated than prayer, and
prayer the grave,
(both are the last refuge of the psychopathic or the defeated)
and there lies the revolution we all dreamt of once.
Maybe old men know too,
even if they come late to it,
that no son ever
lay his father upon an altar.

Steve Passey is originally from Southern Alberta. He is the author of the short-story collections “Forty-Five Minutes of Unstoppable Rock” (Tortoise Books, 2017) and “Cemetery Blackbirds” (Secret History Books, 2019) and many other things. He is a Pushcart and Best of the Net Nominee and is part of the Editorial Collective at The Black Dog Review.